Reparations: Using civil lawsuits to obtain reparation for survivors of human rights abuses and to challenge the impunity of their abusers 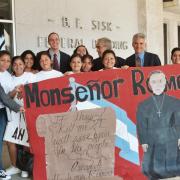 The Center for Justice and Accountability (CJA) represents survivors using the Alien Tort Claims Act (ATCA) and the Torture Victim Protection Act, which gives both U.S. citizens and noncitizens alike the right to sue human rights abusers who live in or visit the United States. CJA has effectively used these acts to help end the possibility of abusers using the U.S. as a safe haven, to assist survivors in gaining reparations, and to break the silence that has enabled abusers to live in impunity.

This case study demonstrates how countries with laws similar to the ATCA can put them to work to end such impunity. Activists around the world can consider ways to use their own civil laws, and to target abusers who travel to the U.S. by building collaborations among diverse groups that include activists in the U.S and abroad, refugees, lawyers, and people skilled in using the media.

More ways to reach your tactical goal of seeking justice: