Working with corporations to assess and improve human rights impact

Why work in cooperation with corporations to improve human rights?

Increasingly and within a global context, large corporations are yielding great degrees of power and are further playing a significant role within the international arena. Such corporations also hold and exert their ability to violate, at times vastly, human rights. The focus, one participant adds, must be on how we can improve the situation of those persons whose human rights are being denied by the actions of corporations. Preventing the violation of human rights also may require working in a collaborative way with corporations, so as to ensure that international standards of human rights are being complied with. Solving such issues at the root require some sort of engagement or dialogue among all the parties involved (States, Victims, and Corporations).

Although it is essential to engage with corporations, one participant suggested that it is also important to keep in mind that most forms of corporate abuse occur in countries with little capacity to enforce national and international protection mechanisms. This reality is heightened by the fact that often local NGOs lack resources, and that their activities in defense of human rights are criminalized. Further,  international mechanisms should be strengthened and governments should be held accountable for failing to enforce international or national legislation.

One contributor commented on the importance of the need for capacity development on human rights and business. Some of the work that the International Coordinating Committee of National Human Rights Institutions has done in this regard was mentioned as a way to encourage a combination of relevant approaches which can ensure legal regulation and enhance access as well as scope of legal remedies, while also maintaining a strong focus on capacity building at the local level.

In addition to States, nongovernmental organizations and Corporations, citizens and consumers also have a role to play in improving a corporation’s human rights impact.  Citizens and corporate consumers can complement  top-down approaches toward compliance through governments and international bodies - these corporate customers can produce an important influence upon the corporations’ impact on human rights.

Local authorities, as one participant noted, also play a role in that they have the responsibility to make sure that their people are safe. If, however, any corporation is violating human rights, it is a result of the government failing to do its duties. Corporations, governments and citizens need to be informed of human rights statutes and the consequences of failing to respect them. Many times, victims are not even aware of the rights to which they own, therefore educating all stakeholders is vitally important.

How do organizations work with corporations to improve human rights?

One participant noted the work of an  organization which is working with corporations to ensure that indigenous communities have free, prior and informed consent regarding the use of their land. Collaboration between the NGO Business for Social Responsibility and First Peoples Worldwide, an Indigenous advocacy organization, produced a corporate training initiative that helps the private sector to build more effective, constructive relationships with Indigenous peoples.

Is it more effective to penalize corporate actors for failing to comply with national or international human rights standards, or to incentivize, educate, and collaborate with corporations to promote knowledge, global respect for relevant norms, and prevention? This particiapnt concludes that perhaps both scenarios are necessary.

Another participant stated that it is sometimes effective to use confrontational tactics such as "naming and shaming" to embarrass offenders. At other times, it is more effective to use collaborative and cooperation tactics, such as rewarding businesses that do something good for labor rights. Confrontational tactics might be, sometimes, more effective for the organizations than for the real victims themselves.

The media was also noted by one participant as being a highly significant tool in being a watchdog of democracy as well as  keeping an eye on the government and upon compromises assumed by corporations. Furthermore, the media plays a key role in assisting the agreements between NGOs and corporations in being fulfilled. However, as we increasingly face large corporations who are involved in the media business, we are simultaneously facing problems of incompatible interests.

One interesting tactic being used by some organizations to improve human rights is CarrotMob. CarrotMob is an NGO that helps to coordinate and promote campaigns that reward businesses for socially responsible activities, one participant explained.

Another participant contributed by noting that the Canadian Human Rights Commission has developed a model to help employers improve their human rights competencies toward establishing a self-sustaining human rights culture.  The hope of this initiative is that by providing such comprehensive tools, organizations that already understand the business case for human rights, respect in the workplace and diversity, will also realize that it can be done quite easily.

The Corporate Responsibility (CORE) Coalition strives to improve UK companies’ impacts on people and the environment. This participant explained that CORE members believe that in order to improve how UK companies behave, three specific needs must be met first.

Restorative Justice was also noted by a participant as being a  powerful and effective practice that could be especially useful in collaborating with corporations to improve human rights. Restorative justice, moreover, uses a circle to promote discussions to handle challenging situations between people.

What is “impact assessment” and how can organizations use it?

In 1999, the Danish Institute for Human Rights and the Danish Confederation of Industries came together to create an assessment tool that companies could use to evaluate potential violations of human rights in their operations. This assessment tool, one contributor adds, can help advocacy organizations confront human rights abuses linked to corporate activities and also help corporations assess their own human rights performance.

One document which provides some authoritative explanation of the Guiding Principles' due diligence requirements, including to carry out impact assessments, is "The corporate responsibility to respect human rights: An interpretive guide", another contributor explained. Rights & Democracy and others have also further shown how NGOs and community groups can use human rights impact assessment as well.

Documenting both positive and negative impact of corporations on communities will be more likely to occur when facilitated through such instruments and documents mentioned above and supported by international bodies such as the United Nations, another participant proposes.
This guide highlights five Human Rights Impact Assessment (HRIA) tools developed by AIM for Human Rights.

What are the challenges and risks that organizations face when working with corporations?

There have been recent tensions in the fair trade movement that are noted in Fair Trade USA's "Fair Trade for All" campaign that expands certification requirements to include estate-grown coffee in addition to coffee produced by smallholder cooperatives. Because estate producers may otherwise be identified as being extensions of large corporations, this scenario, as one participant explained, exemplifies how challenging it can be for NGOs to work with corporations as they struggle to expand impact while simultaneously attempting to hold to central principles loyal to human rights.

There are indeed risks to partnering or otherwise collaborating with corporate actors, as another participant suggested. These can include: Losing strategic focus, loss of control over communications, and loss of legitimacy - the key here, however, is transparency. The commitment to transparency, furthermore, should  be regulated and overseen by a governmental sector in order to monitor the NGO-business relationship.

This reality is at times made more difficult due to the issue of mistrust between NGOs and Corporations. This participant suggested that there is a need for members of NGOs and Corporations to engage in a deliberative democracy in order to diminish any issues of trust between the two parties and other stakeholders alike. This participant identified 3 key steps that can be done in order to alleviate the issues mentioned above.

The issue of elite leadership within the political and economical context was brought up by one participant as at many times being a barrier to the protection of human rights due to what seems to be a continuous, staunch alignment between the interests of multinational corporations and that of politically and economically dominant state leaders.

Although it is important for governments and corporations to engage with one another, there too are barriers at every level of engagement. As communities lack knowledge and resources, and have no political power, they request support from NGOs to document their situation and expose human rights abuses as a means to put pressure on local governments and attain a resolution to their problem. With a few exceptions, the great majority of NGOs cannot get a company to respond to concerns. This power imbalance, coupled with lack of consultation mechanisms, means that quite often the only recourse left open for communities is the protest, another participant explained.

In Papua New Guinea there are various examples of NGOs collaborating with private industry - but this then raises the question of these NGOs' independence from corporate interests. Another participant provided the following information and resource on how citizens can fight corporate-corruption: by Using Technology to Promote Transparency, and Empowering Citizens to Fight Corruption.

Another participant suggested that it is important that NGOs remain independent from the corporation they are working with as well as from their donors alike in order to ensure that the NGO does maintain its essence and identity. The results of the process must also be public in nature.
More essentially, any specific alleged human rights violation should be tackled together and in unison. The collaboration, the participant adds, can take part within a diverse set of issues because the violation might be of an economic right, or the right to health, or to education. Therefore collaboration can be effectively used in many sectors and on many human rights issues.

Resources on working with corporations, shared by participants: 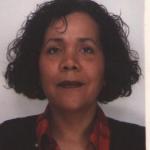 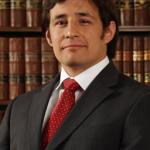